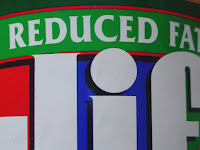 I've been walking, knee deep in peanut butter today. No... not literally! It's been well over a week since I've worked at the studio. Not only did I get there later than I wanted to, but I left earler than I needed to. I doesn't really matter though. I was just doing some 'free time' overdubs for Gareth Asher's new album. I really like my new harmonium I got for Christmas. It has made an appearance on this album already.
It must suck to be a professional sports fan in Miami. They lost both their football coach and their basketball coach in one day. Nick Saban has left the Dolphins for 'Bama and Pat Riley has left the Heat for health reasons. They've also been threatening to move the Marlins somewhere else. I didn't even know that they had a hockey team. AND Miami Hurricanes football is in the worst shape its been in many years. If the weather wasn't so nice I would lobby for federal aid for the whole city.
Posted by Clay Cook at 18:51