Fly to the home of the Governator 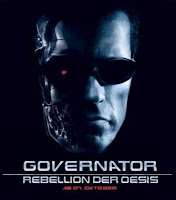 I got to the studio early this morning to bounce all my rough mixes to listen to on the plane trip tonight. I think I made some pretty severe changes at the last minute. I have a bad habit of doing that. We'll see how I did with that.
Not much to report. I flew Delta this afternoon to Sacramento, CA. I was sweatin' all the way to boarding time. I was slated for a middle seat for the 5 hour flight. I ended up pulling rank on some folks with my Sky Miles status. I got the only aisle seat that was released just before boarding.
The flight was uneventful. But that's how you want it. I watched "Hitman" on my iPod. It was as expected.
We landed in Sacramento & picked up David Muse shortly after. The ride to Colusa was a little under an hour. I'm gonna crash.
Posted by Clay Cook at 23:49