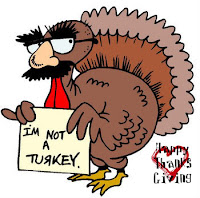 Well, I guess I'll just recap the whole month. Since I last wrote we did the CMA's. We got to play "As She's Walking Away" with Alan Jackson. We won Best New Artist (chuckle). We went home for a day then flew to Napa, CA for a AAA/Hot AC radio conference. It wasn't bad. I had a couple more days at home (in which I caught something - the doctor thought it was a virus at this point in the month). We then made our way on the bus to Miami. We played a concert for NASCAR & did some interviews for them. When I got home & the steroids were gone, I went back to the doctor. He then gave me an antibiotic. That worked great. Almost done with the round. Apparently it was a sinus infection that spun out of control.
While I was home after that I did some home improvement & made some demos of my new songs. I went out of town for a few days for Thanksgiving. I also attempted to run a 5K on Thanksgiving day. Because I wasn't totally well I had to walk after mile one. I got a really bad nose bleed during the race. It was pretty embarrassing.
The holiday was great. Tons of food. Tons of football... maybe the best week of football I've ever watched. Great games... for 5 days in a row (if you count Monday night). My Bulldogs, Falcons, & Hawks all won (multiple times in reference to the Hawks).
I have a lot coming up. My goal is to get back to blogging everyday because everyday will be different. Well - we'll see.
Posted by Clay Cook at 18:47