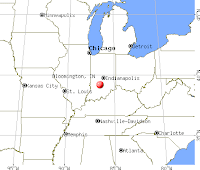 Today was a half day for me. The Wood Brothers had two separate radio visits today that didn't involve me: one in Indianapolis & one in Bloomington. Due to the logistics of the day, we had to go guerrilla today. We left the bus in Indy & rented a van to drive to Bloomington. Because of that, I wasn't able to bring the gear to record the show. This was the easiest show day of the tour for me. All I did was right in the van to the gig & play my opening slot & sit in. Relaxing for a Friday night.
It's a shame that we didn't record it. It was a great crowd. Boo-hiss. Back to normal work tomorrow. It was kinda nice being in east coast time... even for just one day.
Posted by Clay Cook at 23:59

Easily the barriest of the bars so far... but I have a feeling that I shouldn't speak so soon. The crowd was fantastic in Columbia... a little hippies than normal (but not as much as Boulder, of course).
I'm starting to forget that I do other things in music other than tour with The Wood Brothers. I will say that I'm starting to become comfortable with my own music again. I really haven't played some of these songs since CVL in January. I've made some tiny lyrical changes to some old tunes that make me proud to play them. THose songs I haven't played in YEARS. I can play a solid hour of music solo & be proud of every song. It's a good feeling.
Posted by Clay Cook at 23:54

Lawrence has a nice downtown. Seems like a good town. Their fans were really respectful. Today's room mic set up had me getting rather creative. We did it though. Easily the best show of the tour so far. Tiny room... you could hear it in the recording. Still was a good show though. I need sleep.
Posted by Clay Cook at 23:50 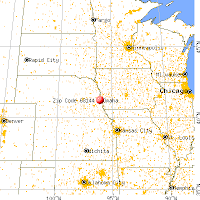 I woke up at the hotel in Omaha, NE. A little chillin' there & we went to the club. This was my first day without Matt Mangano recording the show. It's all on my shoulders from here on out. My head took a bit to get in this mindset of doing that job as well on the road. Usually, it's just setting up & playing out here. However, with yesterday's day off, I was invigorated.
I finally got everything set up (a lot slower that I'd like). I'll try to get it faster tomorrow.
Though The Wood Brothers were awesome last week, I think they are finding a groove. Matt & I thought that we had everything that we needed for their live album from last week's shows. However, tonight makes me suspect that the best is yet to come.
Posted by Clay Cook at 23:40

If you haven't seen the movie... go see it. If you absolutely LOVE baseball, you might want to also read the book. Aaron Sorkin wrote a hell of a screenplay & it was executed masterfully by everyone involved. However, the book was definitely more in-depth (like you'd imagine).
I spent the day at the movies & doing laundry. I also had to buy some software for my new computer. Apparently, the old software is not supported by the new processor. No worries. I haven't updated some of this software in YEARS. & when I say years, I mean pre-Twin Towers attack.
I also spent the evening watching the Monday Night Football in the lobby of the hotel with a handful of folks. I guess they were all on business trips. It felt like we were all refugees &, somehow, I guess we are.
Headed for Central Time tonight. Omaha, here we come.
Posted by Clay Cook at 23:33

Sunday shows can be weird. Especially in college towns. Ft. Collins is the home of the Colorado State Rams. Now don't get me wrong; every night can be a party night in a college town, but wouldn't you think that Friday & Saturday are easier to party on?
Well, tonight was fantastic. I light crowd in the beginning but a good crowd. I've played all sorts of songs so far on this tour: new ones, old ones, cover songs. I'm starting to really enjoy playing my own songs. I've never felt like I could stand on a stage & truly feel like I'm going to play more than 3-4 songs that people are gonna like. I feel like I've finally grouped enough tunes together to do a 45 good minutes & NOT play the same songs in three consecutive nights. It's a good feeling. For a long time, it was hard for me to play even 30 minutes without playing a few songs that some one else made famous... even if I was a part of their writing.
Well, I'm almost in the groove f this road life. It's definitely NOT as relaxing as the ZBB road life (& I don't have the opportunity to workout out here on this tour). Really looking forward to cranking that back up when I get home - full blast. Rawk!
Posted by Clay Cook at 23:08 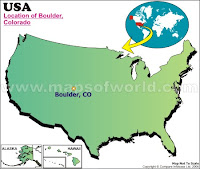 Late, lazy morning. Love it. We left Denver around 11:30am for Boulder. College football starts early out here. My Dawgs won again. Not much competition the past couple of weeks, but I'll still take the "W's." I spent most of the non-work day watching football. Twas nice.
The work day was rather laborious though. It was a 2 block push/carry to the venue. We had stage hands but it was still lot of work. It was all totally worth it though. At 500 attendees, it was the biggest show that The Wood Brothers have played in Boulder to date (with a 5 year history of shows). A very electric crowd. I had a blast with my set but those folks were on fire for The Wood Brothers.
It was a LONG day though. We just finished loading out at 1:45am. Bunk time.
Posted by Clay Cook at 23:56

I woke up energized this morning. I rolled right out of the bus & decided I wanted to explore the little neighborhood where we were parked. I visited a book store, a record shop, & just walked around. The Wood Brothers went to KBCO's Denver studio & did a live on-air performance. During that time, I took a cab to the hotel, showered, & had lunch.
I came to the bus/venue & started loading in. I increased my responsibilities as Matt will be leaving the tour on Monday. He's been multitrack recording the shows every night. That duty will fall on me next week... but he's getting the system dialed in this week.
The Woods also had a n in-store performance at the record store I visited earlier. DUring that time I had dinner at Chipotle. ON my walk back to the venue, I heard a wreck happen behind me. As I turned around I noticed that a car had hit some one on a scooter. I ran over to help & quickly moved the lady & her scooter off of the main road. While I was the first to get to her & help her, I didn't witness the wreck. Luckily there were two separate groups of people who saw the whole thing. The lady seemed fine but was still carted off to the hospital. I'm sure she'll be fine.
The show was even better than last night. I, again, joined them on stage toward the end of their set on more songs than the night before. Great night. Load out took a while though. We have A LOT of equipment due to the recording... but it's all worth it. Easy ride tomorrow... like 30 minutes or so to Boulder. Yay!
Posted by Clay Cook at 23:44

Another early morning. I had to get up & shower before our 9am departure. On most dates of this tour, we'll have a shower room for every one at a hotel. Most will sleep on the bus & shower in that room. So THAT's how this is gonna go. For a 9am leave time, I got up at 7:30am to ensure that there wasn't a bunch of dudes needing to shower RIGHT before we were slated to leave.
The reason for our early leave was to pick up our front of house console, our recording rig, & a bunch of mercy boxes that were shipped out here. Needless to say that the noon load in time seemed early... but it was just enough time.
Mangano & Kenny (tour manager/front of house engineer) spent the day setting up both systems. I helped when I was needed but I didn't do much today. Checked out some close vintage clothes shops, had lunch across the street, & ran through some of my songs. It's been months since I've played some of them.
The show tonight was a FANTASTIC first show of a tour. I played about 30 minutes. I worked in a few new songs. I can't believe that it's been so long since I've played solo. I think the last time was opening for The Wood Brothers in December last year.
I also played a little lap steel with The Woods toward the end of their set. Apparently the Woods had a few bugs during their set but nothing that the audience would notice. I'm sure things will smooth out in the coming days.
Long drive tonight to Denver. That means sleepy time for me.
Posted by Clay Cook at 23:24 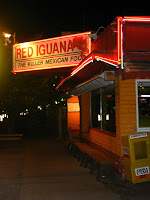 I got up mighty early this morning. Early for my lifestyle as of late. My Dad stayed with me last night but left before even I rose. He had a REALLY earl flight back to his home.
I met my friend/co-worker Lynn at the ZBB warehouse to drop off my truck & get a ride to the Atlanta airport. I flew to Salt Lake City with a layover in Denver. In Salt Lake I met Matt Mangano & The Wood Brothers at the airport. We immediately took our rental van to their in store performance at The Grey Whale CD Exchange. After that we had some really great Mexican food at Red Iguana. I suggest it.
Once we arrived at our hotel, we drove right up to our bus. Our driver was fast asleep in the hotel. We spent the next couple of hours trying to make everything fit in the bus. We know that tomorrow we'll be filling the bays underneath with PA & recording equipment.
Not much to report after that. I have resigned to my bunk & plan on sleeping until our early rise tomorrow. Good night, all.
Posted by Clay Cook at 23:16

Back Out Again Tomorrow

We played Red Rocks. It was pretty awesome. My arm has been getting better... but I'm still not out of the woods. I've been getting things ready for the last few ZBB dates in Sep. Then I go out with The Wood Bros.
We attended the Georgia/South Carolina football contest this past Saturday. Boo! It was a nice way to spend a weekend away from the road though.
Ready for the road though. Bring it.
Posted by Clay Cook at 23:54