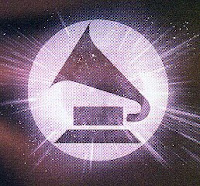 I had my monthly NARAS meeting today around noon. It was a very productive meeting. It was very well attended meeting. It was the first time (in almost two years) that I saw Brandon Bush & Ed Roland at the meeting.
After that I had a band & crew meeting for the Zac Brown Band. We discussed the upcoming two months of travel & shows. It's actually not going to be as crazy as I expected. I guess they're pulling their punches for the summer time.
I took me roughly an hour to set up for recording this afternoon. The rest of the band was set up from last night. Resulting in Plan C, we had to set up my amps in the room with me - in my control room. John Hopkins recorded from his control room across the hall.
As the day wore on I felt increasingly bad for some reason. I left the session early (for the first time in my life). I guess I'm just exhausted. We'll see what tomorrow brings.
Posted by Clay Cook at 22:37