I ran some errands today. Put some paid bills in the mail. Had my oil changed in the truck. The swelling has subsided from the yellow jacket sting (mainly due to the steroid shot the doctor gave me yesterday). All in all - a good day.
It was a rather long 45 minute drive to Winder this afternoon. Wasn't sure what to expect out of this gig. Levi booked it. We didn't even really talk about how we wanted this one to go. ALl we said was "let's swap back & forth on songs." So that's what we did. I must say it went great. I can't wait to do it again & again. Levi & I have a really good chemistry on stage. The banter in between was almost as good as the playing. Each of us extended sections in our songs (on the fly) so the other could pick (or bow) a little. It's a great, improvisational vibe. Can't wait to do it again. Love that kid!
Posted by Clay Cook at 23:37

I went to the doctor the other day for an 'annual' checkup. Everything seems to be fine they say. The blood test results will be back in a week. If they call, it's bad news. I've always had trouble with my cholesterol. It was very manageable when I took Lipitor. I took myself off of Lipitor a few months ago. It was due to the combination of my new lifestyle (working out & eating better) & cost. I'm eager to see if I need to get back on it. I hope not.
They took blood at the bend of my right arm. They were a little careless with the needle so I bruised a bit & it's tender. Also, they gave me a tetanus & diphtheria shot in the muscle in my right shoulder. I am very, very tender & sore there - but that's normal. To add to all of this, I got stung by a yellow jacket in my back yard today. It hit me on my left side of my chest. Sheesh! A brother needs a break from all of these pricks; natural & man made. I did go to work on that Jackets' nest with some bug spray. They shouldn't be bothering anyone anytime soon. It makes me hate Georgia Tech even more now.
I also made a trip to the ZBB warehouse today to pick up some gear. I'll be cleaning & modifying for both the boat & the September tour dates.
I attended a Gwinnett Braves game tonight with some friends. It was a blast. Minor league baseball is totally worth every penny. Troy Glaus fielded like shit at 3rd base but hit a home run that pushed the Braves ahead. They beat the Charlotte Knights tonight. Too bad the Atlanta Braves couldn't capitalize on another Phillies loss.
Oh well. Lots of things to do around the house tomorrow. Hope I don't get stung.
Posted by Clay Cook at 23:58

I wrote a really good blog... this blogging website decided to delete it just now. Fuck it! Sorry.
Posted by Clay Cook at 23:32 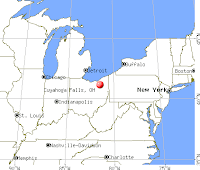 Today was pretty hot. Not as hot as Chicago (& I'm sure not as hot as Atlanta right now). It was still really hot to work out in the direct sunlight again for an hour & a half. I had a bit of a disadvantage today. When I woke my phone said 11am. So I took my time for the 1pm work out. Little did I know that my phone had not switched from Central to Eastern time. I had 5 minutes to get from "hangin' out in my bunk" mode to "full on workin' out" mode. It's a lot harder than it seems.
My Braves keep winning. They are definitely going for it this year. Win it for Bobby & Chipper. They look REALLY good.
Anyway, tonight's show was par with excellence. I'm going to miss this tour. It was SOOOO short. Really only two weekends. But I am glad that it actually happened. We're all getting terribly exited for the boat. I am really freakin' tired. See you in Charlotte for the last night of the tour. BOO!
Posted by Clay Cook at 23:00

Today started off fairly normal. It did get rather hot during the workout this afternoon. There were times that I would assess "why is this so hard?" My answer would be "because the sun is ruthlessly beating down on me." We persevered though.
After a shower, there was little time to relax before Eat & Greet this afternoon. It was a typical E&G. Black eyed peas were the honor student of the courses. Rusty rocked it pretty good.
The show tonight was great. We played to 8,500+. That's all the place would hold. It's a bit of change from the 14,000+ that we had been playing for every night. Still, the energy remained. Chicago is a good town for music (like Detroit last night).
The set was rockin.' Maybe the best playing of the whole tour. Everyone has definitely settled into their roles on each song - no matter how new.
Lou Malnati's deep dish was the after show food tonight. I LOVE deep dish pizza. It's rather hard to beat. This is how you negate a perfectly good workout.
Posted by Clay Cook at 00:32

D-Town fo' life!
Detroit is ALWAYS a good time. Upon getting up this morning I had the new album waiting for me on my desktop. It took most of the night to download a CD quality record on our shitty bus 3G router. I showered then listened. Shortly after the album was finished we took a 15 passenger van to Chrysler. The took us around their test track in a few souped up Dodge products. The best was riding in their Viper ACR with their best driver at the wheel. "Scared" does NOT cover the range of emotions that I was feeling. I lived though.
We had a great show in D-Town tonight. We played DTE Energy Center - formerly Pine Knob. I've been playing there since I was 21. Love it. Of course, Kid Rock joined us on stage tonight. We did a pretty good version of Marshall Tucker Band's classic "Can't You See," a song that I am intimately familiar with. The crowd was fantastic. Detroit has ALWAYS been a great town for music.
Anyway, I'm out.
Posted by Clay Cook at 23:05 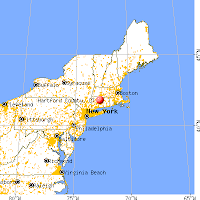 Ahhh... the capital of Connecticut. Judging by the past few days, today was on par for a show on this tour. Jimmy held court today & a bunch of us sweat. Stations again today. I did all 4 rounds. Eat & Greet was good. The rain came in & made the lawn a little more interesting than before. We were nice & dry on stage though.
Casey & The Wood Brothers tore it up good tonight. Our set was pretty good too. During "Sic 'Em on a Chicken" I tripped & fell. I was mere feet from falling clear off of the stage. I was lucky that I landed on my side & NOT my mandolin.
Anyway, I'm sure I'll hurt somewhere tomorrow. When I lay down at night, playing with this band feels more like football than music. Jimmy's got those old muscles feeling sore again & now I'll have some bruises to go with it tomorrow I'm sure. The only real disappointment was when we played the Hartford Whalers' "Brass Bonanza" for walk on music & it seemed that no one recognized it. Where's your sense of history, Hartford? I ask you.
All is well. Sleep early tonight. Sleep late tomorrow. Ain't doin' a DAMN thing tomorrow. WERD!
Posted by Clay Cook at 23:53

Mansfield is not very far from Boston. I'm sure, had the day contained more hours, that I would've loved to hit the city up. But it does not. I worked out with Jimmy, showered, tweaked my gear, had a LONG soundcheck, then grabbed about 30 minutes worth of a nap. Then, I was awakened by a text telling us that it was 5 minutes til Eat & Greet. That's how my days have been going. It doesn't sound like a lot (especially when you wake up at 9am) - but it is.
The show tonight was good. We've been changing the set list around from night tonight. Tonight's set had some bad "flow" choices (i.e., 3 slow songs together, etc.). It was still a great show though.
Signing was quick & the party began backstage... upon where my tired ass retired to my bunk. I'm out!
Posted by Clay Cook at 23:07

Yeah, yeah, yeah. So I haven't blogged. It's been brutal. The schedule has been frantic but the shows have the been the best ever. We played Raleigh on Wednesday, Virginia Beach on Thursday, & Philly tonight. Tonight's show was the biggest crowd that we've ever headlined for: 16,000+. We're so lucky.
Also, the new show is unbelievable. The Wood Brothers & Casey Driessen are a perfect fit for us & our crowd. Kudos also to the lighting & video guys.
I'm beat. Working out, phone interviews, in-person interviews, & the high stress level of a new, complex show has taken it's toll. But I feel good. I'll try to everyone up to date as much as possible. Less interviews - more blog.
PS. Finally heard all of the final mixes for our new record. LOVE IT!
Posted by Clay Cook at 23:28

I was out by 11pm last night. Then up by 8:30am. Some would consider that a full night's sleep. Considering my hectic week, I consider it sub par at best. I'll take it though.
I was in the studio by 9:30am. The Nashville guys showed at 10am. I can't divulge too much info, but we are doing well. We should be finished tracking the regular songs on the record by the end of the night. Zac is hard at work in there right now playing electric guitar. Still a few hours of work left & tomorrow is drawing nigh already. I fear that there is a slight chance that I'll see the sun before I crash. Not much to do tomorrow if that's the case... so it will be worth it.
Posted by Clay Cook at 23:52

So yeah... you would assume that I haven't blogged because I have been lazy. Not the case. My real reason is two fold: A. I haven't had ANY internet access my entire trip to the San Francisco area & B. almost all of the details regarding my trip are Top Secret. Here's the best recap that I can do.
The band & Zac's dad, Jim Brown, flew to the San Francisco airport on Wednesday afternoon. We were picked up by a 15 passenger van & relocated to the redwood forrest. All I can say is that we spent the better part of 3+ days at The Bohemian Grove. We are not allowed to discuss any details - especially in a forum such as this. It was unlike anything that I've ever done & can't wait to do it next year.
Anyway, yesterday afternoon we were whisked back to San Francisco to play an afternoon country festival at Fort Mason (just outside of the city). It was par for a ZBB festival show... however, it WAS a fly date & we had to use rental gear. ALl of the technical issues that we encountered were because of that. Good set though.
Immediately following the show we took three 15 passenger vans to Napa & had dinner to celebrate Zac's 32nd birthday. It was really cool even though we didn't have a bite until 10:30pm. I was toast when I returned to the San Fran hotel around 3am. I was even more toasty upon waking this morning to leave for the airport.
We flew home today with no problems. I'm ready to crash again. Studio tomorrow morning to finish this ZBB record. Will report.
Posted by Clay Cook at 22:26