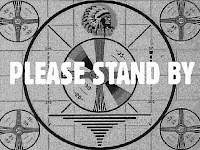 The night of the CMA's I came down with the crud. I was in my bunk before the award show was over. So I played the entire week (CMA's, Memphis, Tulsa, & Dallas) sick. & I didn't get over it until the following Tuesday. I officially took the week off though.
Chicago, Des Moines, & Minneapolis were my redemption shows. Maybe the best weekend that we've ever had performing.
We rode home on the bus from Minneapolis - 20+ hours. Needless to say, every one was a tad stir crazy. I did, however, allow me to formulate a plan for the following week. I worked 3 long days straight in the studio on my record... & all of a sudden, it's in a good place. With the Blackberry Smoke album in a good place, The Wood Brothers live album in the early stages, & a new Zac Brown Band album starting shortly - Clay's album will be pushed further back than I would like.
However, I've done what I can do. The final stage of tracking of the record requires Zac's attention. & honestly, he doesn't have it to give. That dude has SO much going on that I SHOULD be an afterthought.
I'm in good spirits & in decent health now. Ready for December. I get a huge break for the 17th-27th. Bring it on!
Posted by Clay Cook at 15:20 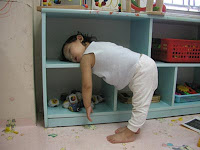 Feelin' the burn. I'm freakin' tired. Since the Southern Ground Food & Music Festival I did this: 24th/Wood Brothers mix, 25-26th/Blackberry Smoke in the studio, 27th/home improvement day, 28th/Jacksonville, 29th/Biloxi, 30th/Houston, 31st/Nashville, 1st/Nashville studio for my record & CMA Nominations Dinner, 2-3rd/Nashville Blackberry Smoke studio stuff, & 4-5th errands & rehearsal in Atlanta. I'm freakin' beat. I'm currently laying in my own bed (for a change) & watching LSU at Alabama. Ready for this coming week. It's going to be epic. I'm doing my loop show in Nashville on Monday. I'm really excited about it. Then, of course, we have the CMA's on Wednesday - followed by three ZBB shows. I can do this.
Posted by Clay Cook at 22:35