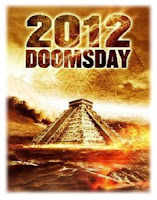 Yes. 2012. Let's rewind it back. The last time I wrote was at the end of November. Lots has happened, but some I can't talk about. ZBB started our record. I really can't speak much about it... so I won't. Anyway, the Blackberry Smoke album is getting close. It's gonna be pretty great.
We played Evansville, Nashville, & Atlanta at the end of '11. We uses our new lighting & video rig. From what I could see, it was pretty awesome. Yet another reason to get excited about touring in '12.
I went MIA for about a week after New Years. Just needed some time off. It worked. I spent most of my time mixing the Wood Brothers live album, working out, & resting. Very therapeutic, I assure you.
I'm bracing for Vegas next week. No telling what THAT's gonna do to my body. However, the big news I have is that I'm moving to Nashville. It's not going to effect my presence in ZBB, it just makes sense. At this point in our career, I can pretty much live anywhere. The main reason that I'm moving is because I'm moving my studio up there. When I'm not on the road, I'm either at my home or at the studio. So, if the studio is going to be there, then all I have to do is move my home. That being said, I think I'm at a point in my life that needed some sort of big change. To be honest, when I joined ZBB, nothing really changed: I've almost always been in a touring band, so it was a natural transition. I feel really good about this transition.
Not much else to say. Even though it's two weeks in, I am unbelievably ready for 2012.
Posted by Clay Cook at 11:20