I Love My Job 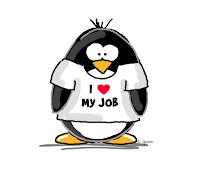 Recap: Daytona was huge success. Especially all of the new stuff in the show. You'll have to wait to see it for yourself. My house is finally 'show ready.' Actually, a few folks have already shown it. This market sucks though. Nothing you don't already know.
Fast forward to last Friday. I went to an ACC tourney game with Wyatt at Philips Arena. Duke vs. Virginia Tech. It was cool to see a conference tournament game. Never seen one. We immediately made our way to the bus which made its way to Little Rock, AR.
Little Rock was just a continuation of the new show; a few tweaks but more of the same. I think it was received well. Then, Bossier City, LA was our next destination. We said goodbye to our longtime video director, James Duer, that night. I hate it. I really like that dude. He's moving on to a better position elsewhere. Can't hate on that.
Monday was the Houston Rodeo. We played it last year. It feels strange to set up ALL that stuff to play for 60 minutes... but we did it anyway. I think the 74,000 people enjoyed it.
The long bus ride home dumped me out in Atlanta at noon on Tuesday. Upon where I showered & jet my little truck to Chattanooga. There I met The Wood Bros. I played lap steel & sang on a few songs in the set. Wednesday morning I woke up & made an appointment with an audiologist in Asheville to make impressions of my ears. I'm having new in-ear monitors made. My old in-ear monitors don't seal like they used to. You gotta spend money to make money. I am excited about the new ears though. They are the best on the market.
Asheville at The Orange Peel was pretty great. I played Hammond with them tonight. I not only love their music, but I LOVE playing Hammond on it.
Shortly after the show I made my way back to Atlanta. Got home around 2:15am. Asleep shortly after that. Atlanta is tonight. I'm ready. LOOOOVE my job.
Posted by Clay Cook at 11:35