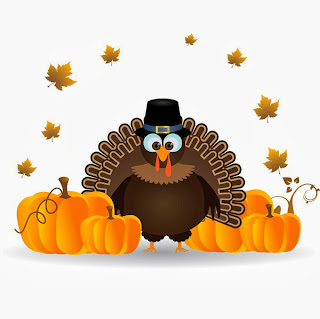 Just laying low. There's been food. There's been rest. There's been working out. I'm absolutely, officially on the night shift. It's odd but kinda fun. When Brooke is at work, I'm the ONLY one up & around at the house. It's definitely insight into Brooke's life… it's hard to get much done during a business day when you wake up between 2-3pm.
Anyhow, I'm really enjoying spending quality time with my little lady. I'm so lucky.
Posted by Clay Cook at 23:01 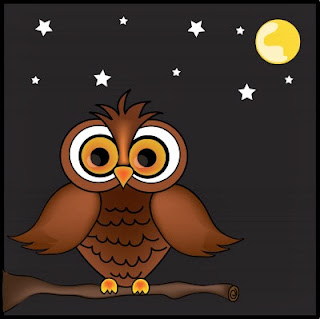 I stayed up as late as I could last night, I mean, eh hem, this morning. I was out around 5:45am EST. Brooke got home around 8am. I guess I didn't get up until 3pm. I then proceeded to the gym (stopping off at GNC & the grocery before).
I had a fantastic workout today… one that I'm sure I'll be feeling for a couple days. I felt really strong today. It's all starting to pay off.
After the gym, I made it back to the house to shower & subsequently leave for dinner then a rendezvous at a housewarming party.
Not much to report beyond that. Still pretty wired as I haven't even been awake for 12 hours yet. Thinking about going downstairs to practice bass again. I had so much fun with that last night. Y'all all rest up. Thanksgiving is an awesome time of year.
Posted by Clay Cook at 11:10 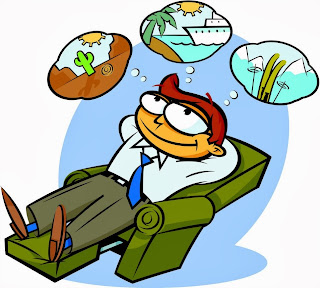 All day. I got 3 hours of sleep after 4 days of shows. Flew all day. I am currently trying to push myself to get on a night owl schedule on East coast time. It's a tad easier because I've been toggling West & Mountain time for the past week or so. However, the 3 hours of sleep doesn't help my cause.
My little lady works the night shift & I want to sync up with her since I'll be here for over a week. I'm doing what I can. She's working now. I'm almost done with laundry. I practiced bass guitar (of all things tonight). I played along with my favorite gospel songs. iPads are amazing things.
I guess I'll have Tumblr Tuesday tomorrow. I'm going to do my best to give good answers. I feel that I have been very short over the past few months with my answers. I can do better.
I probably won't get up until the early afternoon so don't get frustrated with the lack of answers until the afternoon.
Anyways, I hope you all are sleeping well. I know that I will when my time comes.
Posted by Clay Cook at 23:37 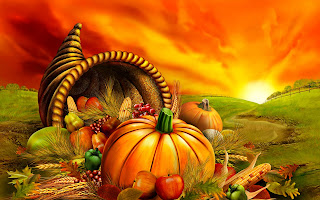 I get it. It's been a while. I never get to write about shit you want to hear about. I always write AFTER I finally find some time off from the cool shit. I'll do my best here.
We've been working EXTREMELY hard lately. Festivals/shows into shows into studio/CMA's into shows into shows. Tomorrow marks the first day of a 10-day break for us. So fucking stoked. Not that I DON'T enjoy my job. It's just nice to reset. Thanksgiving is coming not a moment too soon.
This past week has seen me recover in record time. It was uncomfortably cold in Montana - both Missoula & Bozeman. Super cold means super heat everywhere you go inside… which means super dry… in an especially dry place. Didn't really feel normal until today. I honestly felt myself recovering in Boise yesterday. Spokane was FINALLY a normal show day for me. It also marked day four in the gym. I'm starting to REALLY feel good about working out. Pushing myself harder & harder is just normal now. I feel stronger during the shows & I'm sleeping a lot better at night.
Oh well. I get up in four hours so I can shower, ride to the airport, fly from Spokane to Minneapolis, then to Detroit, then to Manchester. Ready to be in the same place for 10 days… for the first time all year. My max was 9 days - in Nashville. Gonna be pretty sweet.
Posted by Clay Cook at 23:11 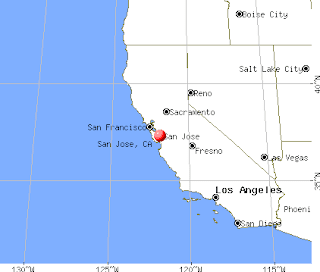 I was doing well… doing very well. Fresno was great. Brooke made it to the show by 9:30pm. She worked all the night before then got on a plane & flew all day. During that night, the tour had a going away party for one of our chefs. So I got pretty drunk on tequila. Not TOO drunk though. Just drunk enough to feel bad up until noon or so yesterday.
San Jose. Parts I'll never forget. Parts I'lll hope to forget very soon. The Georgia Bulldogs lost a heartbreaking comeback game in Auburn today. Bad fundamentals on one play blew the whole thing. It's hard to get excited for my teams these days: Falcons, Hawks, Bulldogs… even the Braves are hard to get excited about… they aren't even playing now.
Right around soundcheck I started feeling a chill in my body & a fatigue in my limbs. It was like a flu feeling… but it came on so quickly. It was VERY strange. An hour later, I couldn't keep from shivering or feel computable at all. I ended up taking a hot shower & getting in my bunk with 3 comforters. Eventually, the shivering subsided. I dressed & went to vocal warmups. I was hoping for the best but the fatigue & lack of strength was overpowering. Luckily, my voice wasn't effected. However, the pushing of the diaphragm was. It was the HARDEST I've ever worked during a show. I honestly believe that I wouldn't have done as well if I hadn't been improving my endurance from working out over the past year or so.
Dave Grohl got on stage with us tonight & played the Foo Fighters song "Times Like the These." It was pretty awesome considering my failing health.
Anyway, I made it through. Made it back to the hotel. My fever broke sometime around 3-4am. I'm still not right but I'm happy that my little nurse is here to take care of me. Now for a couple days off.
Posted by Clay Cook at 14:45 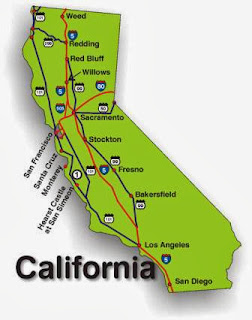 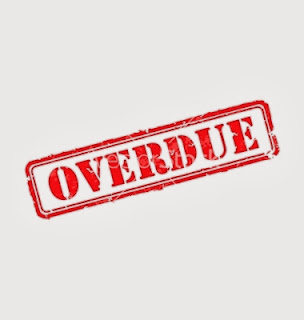 So cut me some slack. I was trying for a while. Since the Nashville festival, my life has been absolutely hectic. I just lost control last week & some things had to give. The blog was not at the TOP of that list, but it got pushed to the side just the same. Also, it didn't help that I shouldn't be writing about the specifics of the session. We just want to keep all of the specific details of the session secret until later. So it makes my writing Über-boring.
Let me just say that our week with Dave Grohl was every bit as cool as the description entails. I entered  the week just a fan, but I left the week with a buddy & a TREMENDOUS amount of respect for him personally & professionally. I've worked with MANY producers; sometimes as just a player, sometimes  as an engineer, & sometimes as the artist myself. Dave Grohl gets it. He's been in every chair too. I can only hope to have his perspective, zen, & energy that he has in the studio in 9 years. I know I shouldn't compared myself with him, but that's one way I drive myself. I wouldn't be where I am without John Mayer, Shawn Mullins, Peter Stroud, Brandon Bush, or Matt Mangano… & now Zac Brown & Dave Grohl.
Anywho, the CMA's were the most fun I'd had at an award show. We sat for a bit, played, then left. We were two drinks in by the time the show was over. We rode the feel good vibe of that night for the rest of the week. Not to mention, some of us wore the hangover throughout the next day. I know that I didn't even get a chance to shower.
Fast forward almost a week & I'm already on the west coast. Landed at LAX a couple of hours ago. I'm on the bus & I had a late meal (late for central time anyway). It's time to get some rest & endure the next 4 days of shows. Mentally, I'm completely recharged & ready for battle. Physically, I'm pretty tired. My workout schedule has been rather vigorous. My lady is coming out to the last couple shows this weekend so I'll have some built in days off… but they seem so far away. Maybe I'm just whining because I was on a plane(s) for so long.
Good night. Sleep tight. Don't let the bed bugs bite.
Posted by Clay Cook at 23:32 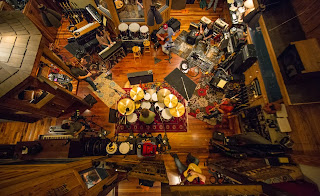 Considering the late hour last night, the engineering staff on this record was at it rather early this morning. We really didn't get much accomplished today. We ran into some discrepancies with some of the takes from last night. However, they did figure it out (thank goodness). They comped the drum take, punched the bass take in a couple of sections, & Zac replayed his guitar part completely because his tacking pass was all a scratch take… more of a guide track.
Coy punched a couple of sections on the Hammond. Jimmy, Hop, Danny, & I took our parts 'back to formula.' I pretty much played the same thing as last night, just with a different guitar & amp. I'm tickled over the result. As much as I love the sound & the way my Les Paul Junior plays, I'm a Les Paul Standard man at heart.
Zac finished the day by singing the song… many times. I think they'll comp his track tonight. Tomorrow will be background vocals first thing in the morning. Then we'll move on to the next song. Rock.
PS. Go Dawgs.
Posted by Clay Cook at 23:12

We started arranging songs in the studio around 10am. We LITERALLY worked until 2:00am. I really can't talk about specific details regarding this record. Some things you just have to hold back. I WILL say that I am really happy with a great deal of what I came up with today. The only song that I'm not 100% on hasn't been cut yet.
We arranged 4 songs… finally committing one of those to tape. I'd imagine tomorrow will be as productive but more fruitful (knock on wood)… if you consider the fruit being actual takes.
Anywho, I'm fucking tired… but happy about it. TOTALLY worth it. Checking out. Sincerely, Clay.
Posted by Clay Cook at 23:22