Yesterday was my first full day being pain free. I wanted to write this yesterday but I didn't want to jinx it & have to take a Tylenol before bed or something. The antibiotic was finished yesterday too.
At least with this surgery, there have been different phases, each lasting multiple days. the 3-4 days immediately after surgery were a blur... that period ended when I quit the pain meds. The next phase was pretty painful in the absence of the pain meds but I was more of myself. I did, however, HAVE to take naps during the day. This new phase definitely feels a lot like me because the pain is gone. Sure, I get a little tired throughout the day, but I'm able to help with the baby (which has been very therapeutic on its own).
I'm looking forward to the rest of this recovery starting with the final & most crucial followup in Boston on Wednesday. We actually don't know the effect of the surgery yet... & won't know the full spectrum for quite a while. At least the surgeon will be able to get to see how everything has settled & healed. Then it will be a lot easier to map out the next two weeks of recovery.
Here's to hoping.
Posted by Clay Cook at 09:41 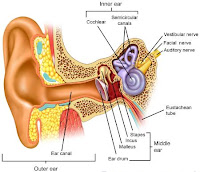 Living in the lap of recovery, I haven't had to do much over the past week. Getting up at 6am is usually my hardest task. I have to get up to take meds... but usually I just go right back to sleep.
This morning was a tad different. My day started full sprint at 6am. The wife, new baby, & I left for Boston this morning. We rolled into Mass Eye & Ear around 11am. This visit was comical in hindsight. They removed the steristrips from behind my ear that covered the entry incision... to everyone's surprise, mostly healed. Also, of the two sections of packing in my ear canal, they only removed the outermost. That's it. I coulda done that at home.
However, Dr. McKenna presented me with some actual pictures of my surgery. Turns out that he only needed to replace the middle hearing bone, the Incus. The crazy part to me is that the prosthesis looked NOTHING like what a normal Incus looks like. The prosthesis actually resembles a pair of folding scissors. I guess that's the best shape for making the movement when made from a metal instead of bone. Who knew?
I'm feeling pretty good. Back up in New Hampshire now hoping for a little rest this afternoon. I have been cleared to walk on the treadmill, which is relieving. I also played a little piano yesterday. It's still  strange only hearing out of my left ear but it felt good to make a joyful noise. My wife & son are keeping me fully alive. They are the reason.
Follow up next week. Same bat time. Same bat channel.
Posted by Clay Cook at 16:25 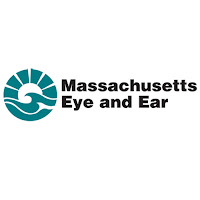